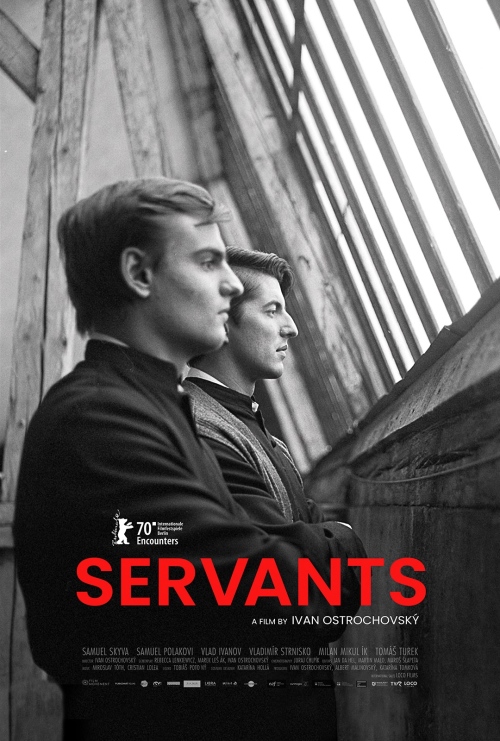 In Czechoslovakia, 1980, the totalitarian Communist regime demands allegiance from all its subjects, including the clergy. Servants follows Michal and Juraj, two conflicted novitiates whose seminary is under increasing pressure by the Party to mold its students into satisfactory citizens. With the school on the brink of dissolution, and its head priest a target for blackmail, Michal and Juraj will have to choose between collaborating with the government as informants, or becoming targets of the secret police. Shot in striking, atmospheric black-and-white, Servants is both a brooding morality tale and a taut political thriller "that jitters and shivers with anti-authoritarian sentiment beneath its serene monochrome aesthetic" (Variety). 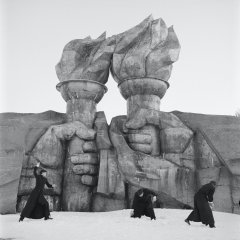 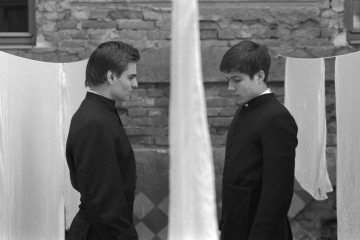 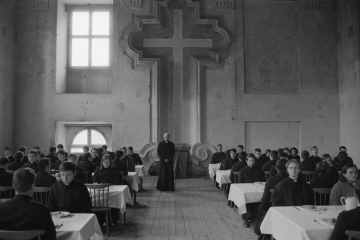 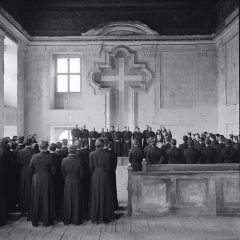 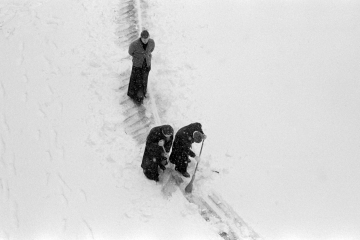