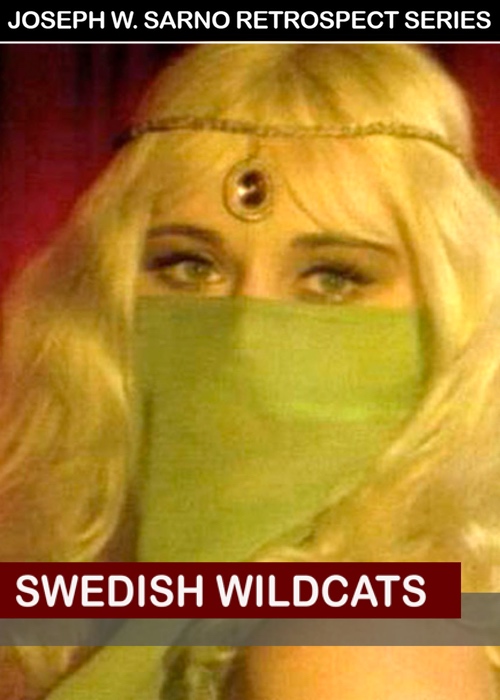 British bombshell Diana Dors camps it up as Aunt Marghareta, owner of an exotic Copenhagen brothel staffed by an assortment of international beauties, in this delectable fantasy from sexploitation auteur Joseph Sarno. Each night, Marghareta’s Maison puts on a titillating show highlighting her menagerie of exotic beauties, who are then auctioned off to the highest bidders. Her most popular act, the eponymous “Swedish Wildcats," portrayed by her nieces, may be in jeopardy when the girls pursue true love outside the brothel doors. Filmed in Copenhagen, Swedish Wildcats is full of “gorgeous location photography, a lovely leading lady…and an eye-popping floorshow sequence.” (dvddrive-in.com)